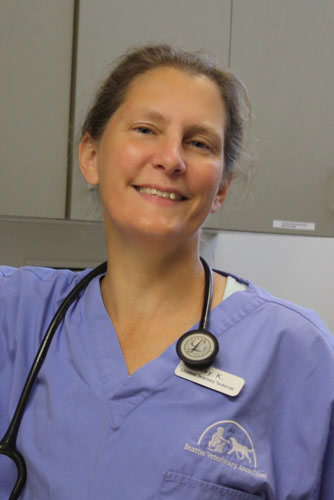 Kay joined SVA in 1988 after completing a B.A. in German and B.A. in Sociology from Whitman College. She started as a receptionist traveling between the three clinics that made up SVA before eventually committing to getting her Veterinary Technician License in 1997.  Kay’s veterinary interests are primarily geared toward cats. Specifically, Kay loves working in feline medicine focusing on pediatrics, geriatrics, and behavior.  She also loves exploring parasitology and zoonotic diseases.  When she’s not at work Kay is often gardening, crocheting, or reading.  She and her Irish Setter Harry are ruled by two cats: Einstein “Groot” Poirot  and Nyx the Darkness. 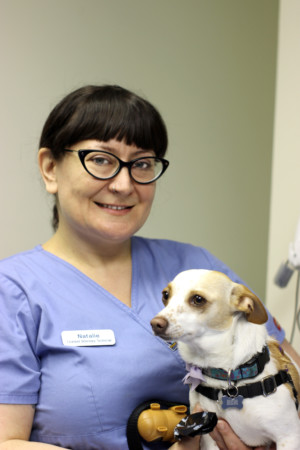 Natalie joined SVA in June of 2017 after earning a BS in Physics from the University of Washington. She got her Veterinary Technician license in 1999. Natalie is passionate about all things feline with a particular interest in behavior, nutrition, and feral cat spay and neuter charities. When she’s not at work she can be found running, practicing, yoga, watching movies, playing video games, drinking wine, or gardening. She shares her home with two cats, Mooney a smoke tabby colored domestic short hair and Pirate, a  black and white domestic long hair. Natalie says Mooney is definitely from House Ravenclaw and Pirate is an obvious member of Gryffindor. 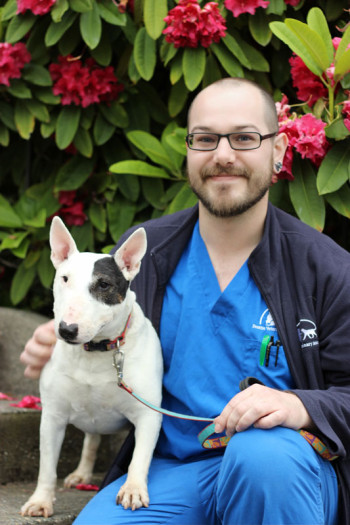 Spencer joined SVA in 2010 after earning his A.A. degree from Highline Community College. He became a licensed veterinary technician in 2014. As a veterinary assistant he was primarily trained in assisting with surgery and grew very interested in radiography and remains fascinated by it. Recently he has become more interested in the study of reptiles. When given time off, he enjoys backpacking, camping and spending time with his hansome cat Ferguson. 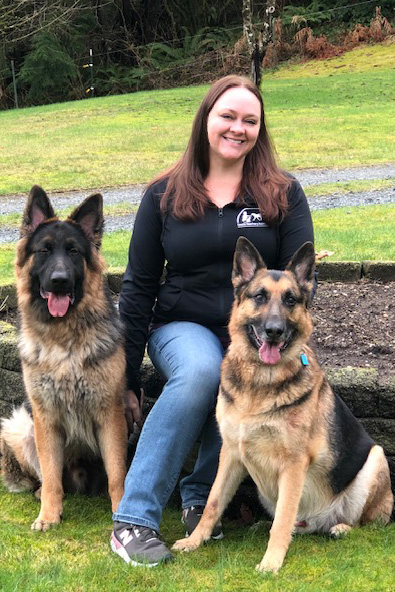 Ariel first joined SVA in 2007 as a client service representative (CSR) at our Ravenna Animal Hospital. At Ravenna Ariel became a very knowledgeable CSR and branched out in to working with the veterinary assistant (VA) team as needed. She moved out of the area and took a job as a veterinary assistant at another hospital before returning to the area and to SVA in 2009. Ariel became a sort of “jack-0f-all-trades” and worked in both the CSR and VA as a valued team member providing coverage at each of our 4 veterinary clinics bringing her great attitude with her. In 2019, she became one of two Call Center Coordinators who help to handle messages and prescriptions for all of our hospitals. Her specific veterinary interests revolve around veterinary imaging and surgical procedures because “being able to see the internal part of the body and then ‘fixing’ the problem is a huge advancement in taking care of peoples’ companions.” Ariel has an associates degree in General Education from Central Oregon Community College which plays into her love for her children and helping them grow up to be the best they can be. The family has two German Shepherd Dogs, Otis and Brodhi, a horse, and a few chickens.

Ga-Wing joined SVA as a veterinary assistant in 2007 after earning a B.S. in Biology from the University of Washington. In 2019, she became one of two Call Center Coordinators who help to handle messages and prescriptions for all of our hospitals. Ga-Wing lives on a farm with at least one cat, and two dogs named Ruckus and Mossy, some chickens, and couple of pasture horses. She enjoys going to the mountains, traveling, playing sports, and spending time with family. 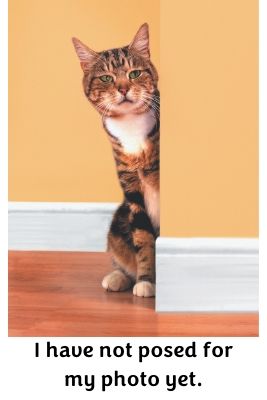 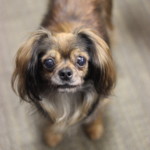 Julia joined SVA in September of 2021.  She is interested in pursuing a degree in zoology. She says she has a “love of all animals and a fascination with science” so zoology just makes sense to her, as does joining veterinary medicine!  She enjoys exotic animal car eand ceramics. She shares her home with “tons of newts” and Gummy the bumblebee toad. 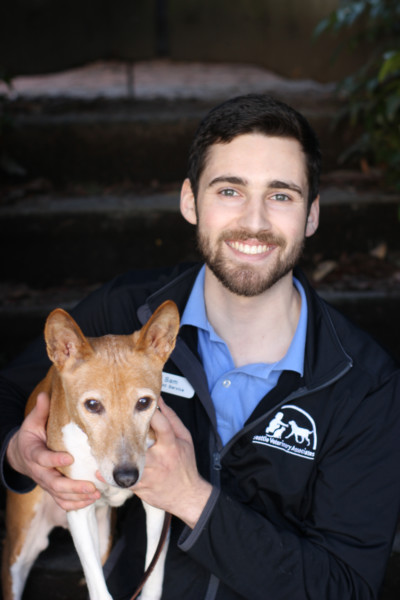 Sam joined SVA in 2017 after attending the University of Washington. Go Dawgs!  When he’s not at work, Sam enjoys music, outdoor sports, video games, and of course, animals! He does not currently have a pet but has a preference for larger dogs and considers a Bernese Mountain Dog his dream pup. 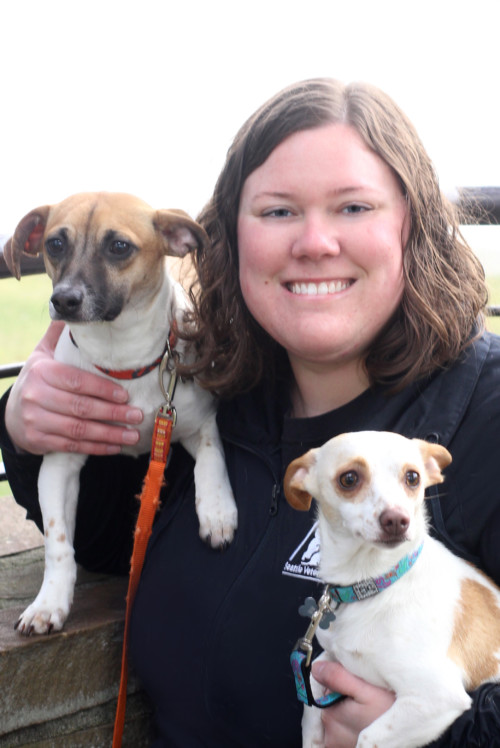 Emily joined SVA in June of 2015. She earned a BA in Visual Journalism at Brooks Institute of Photography in 2008. She is a long time dog lover, pet sitter and dog walker. In her free time she enjoys doing calligraphy and reading Harry Potter books. Emily has two fabulous dogs: Albus and Lily who keep her very busy when she’s at home!

Korren joined SVA in 2021. She works in client service because she adores working with people, getting to know everyone’s stories and creating personal relationships with people and their pets. When she’s not at work she likes to crochet and cook. She also loves planning parties though she admits she tends to “go a bit overboard.” She shares her home with two dogs, Grover and Bean.  Grover is an 11 year old border collie mix who used to be a ranger dog at scouting camp and acts like he is bigger than a bear. Bean is a four-and-a-half month pit bull mix that she calls a “surprise pandemic baby” that enjoys zooming around, cuddling, and is a couch hog.

Krystal joined SVA in 2021. She loves animals and looks forward to all the opportunities to learn more about them and taking care of their needs. She moved to Seattle just before the pandemic so she says she “mostly reads.” She shares her home with three pets: Karl-Chi, Minnie, and Mia.  Karl0chi is described as being “fat and a little spicy.” Minnie is a very small chihuahua that gets the zoomies when she gets a big treat, and Mia is a mixed-breed that is very old and very stubborn. 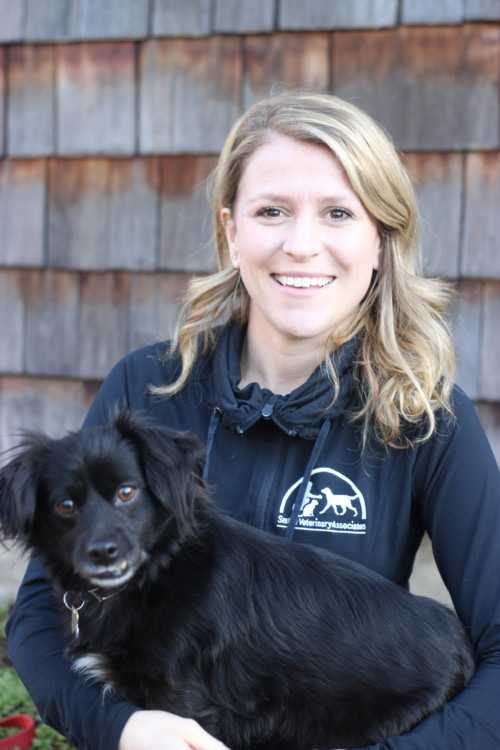 Kylie joined SVA in April of 2016 after earning an Associate of Arts from Seattle Central College. Kylie enjoys learning the personalities of various breeds as well as those of each individual dog she meets. She loves them all and finds the variety fascinating. She has found her work with the team at Queen Anne Animal Clinic to be very fulfilling and loves how she learns something new every day.  When she’s not working, she spends time with friends and family, goes hiking, running, and attends concerts. She shares her home with a feisty 6 year old tuxedo cat named Ella Bella and her dog Beau.

Rachel F. joined SVA as a client service representative in November of 2021 after getting a BS in anthropology with a minor in biology and a focus in biological anthropology. She then went on to get a Masters in Primate Behavior and Ecology. When she’s not at work or learning about primates, she can be found hiking, back packing, camping, gardening, doing yoga, or reading.  Since joining SVA she has added a lovely hound mix named Venli to her family.

License Your Pet
Visit Our Blog!